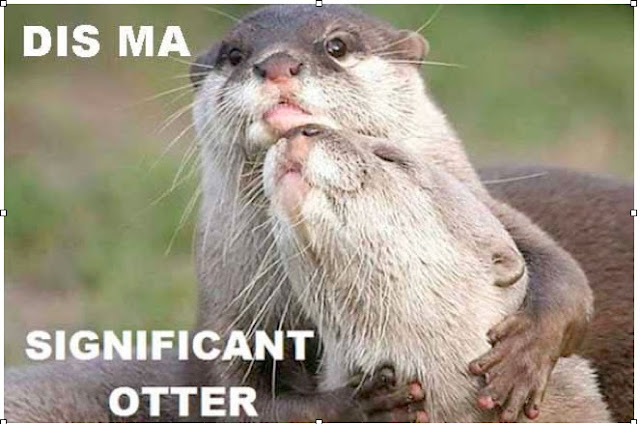 So, my friends, it has been a long time since I have guest posted. So many things going on around Chez Lenaburg, including my first Easter as the liturgy minion–totting, lifting, moving, and vacuuming for the Glory of God.

But now that I have shared with my beloved the awesome flu that I caught after Easter, I think it’s a good time to hijack my sweetie’s blog and have a little safety lecture for those Significant Otters married to a woman of a “certain age.” You know what I mean and who you are, those Otters that have been blessed with long and happy marriages who suddenly wake up one morning next to a sweaty crazy person who only wants to eat chocolate and sit in front of a fan all day.

When women enter into this season, they experience hormonal changes that I can only assume are similar to puberty, except now they are mature women, which means they understand what’s going on and can deal with the situation rationally, like an adult.

Yea, no, not so much….the best comparison I can come up with is….wait for it….Jurassic Park. Yes, I am going there, so stick with me. Remember in the movie when the geeky science dude said that all the dinosaurs in the park were female? To control the population? Yea, I think they were female to make the chase scenes more realistic and the dinosaur chomping more scary…BEWARE MEN, THIS COULD HAPPEN TO YOU. 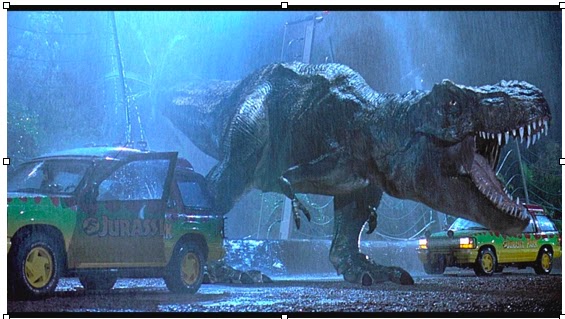 Here’s an example of how this works. One night, 2 years ago, my beloved was in the kitchen getting Courtney’s dinner together. Now this was one of those excellent days where Courtney’s spirit (attitude) were on full display and my sweet ‘ums was pretty much on her very last nerve. I could see the steam rising. Well, my son, let’s call him knucklehead, picked this particular moment to exercise his free will and vocabulary when Mom asked him to take out the trash.

Needless to say, things started getting out of control:
“MOM, why are you being so irrational, it’s just trash?”

Now my son, the super-genius, continued with the “MOM, WHY ARE YOU BEING SO IRRATIONAL?” line of reasoning, so I decided to try and salvage the situation.

I confidently strode into the kitchen, took one look at the situation and said, “Son, your mother is having a hot flash, take the trash out and go to your room, it’s for your own safety.”

I got a look somewhere between confusion and annoyance and he said, “Dad why does she have to be so irrational, I was going to take the trash out in a minute,” which, of course in Jonathan-speak means anytime between ½ hour and the following morning. So I just wisely said..”Son, it’s like Jurassic Park and your mom is a T-Rex right now. I suggest you make no sudden movements..if you don’t move she can’t see you…just back away slowly and take the trash out.”

At this point, my dear bride was alternatively eyeing the knives on top of the fridge and her rolling pin on the counter, deciding which weapon would get her a better plea bargain.

My son started to open his mouth again, and I said, “Son, if you don’t leave now, I can’t save you.” And then I walked slowly out of the room, pulling him behind me in small steps that didn’t attract too much attention.

NOW, the best part of all this, of course, was that Courtney was sitting just inside the kitchen and was giggling the entire time.  OH, yes, my friends, let no one tell you this girl was unaware of her surroundings. She knew her big brother was IN TROUBLE and this was the most hysterical thing ever.

Now the microwave dinged, and I, being oh so wise, said, “Why don’t you go sit down honey and I will feed Court and put her to bed?”

She walked by my with a look…”T-rex, huh?” I smiled and said, “Yes, and it’s not just because of your short stumpy arms.” OK, maybe I’m not THAT freakin’ smart, more smart-ass…but I could tell the worst of the hot flash was over.

I continued “Yes, I will explain to our son that when sweat starts running down your back in the house it’s best to just back away slowly and hand over the chocolate, am I right?”

That also got me a look, BUT, because I am a very wise husband, I had some Ghirardelli Chocolate which I offered up as tribute. 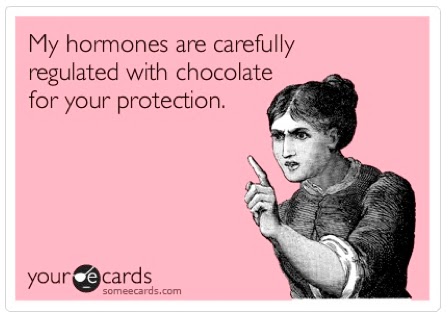 So, gentlemen, fellow significant otters, always remember that when your wife reaches that certain stage in life, do what they say, make no sudden movements, keep plenty of chocolate on hand, and always remember, that your bride will probably have a pretty good change of a temporary insanity defense if you push her buttons too much…or I as like to tell our son: 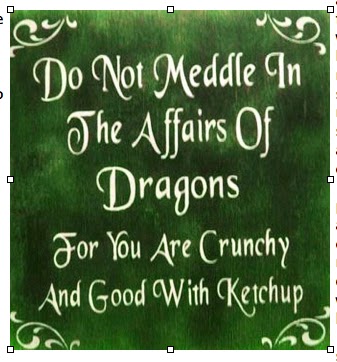 This little number came together in 15 min. And ev

About last night... . It’s been a VERY long time

I have been a @jenolsonillustration fan for a very

So I did a thing. I set up a little shop on my web

💐🪨Indeed, He is Risen! Alleluia! A blessed E

How is it that we have spent seven Easters apart?